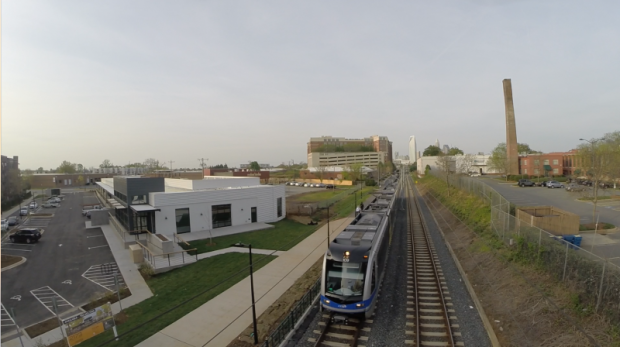 Argos Real Estate Advisors has sold another condominium in its project at 2173 Hawkins St., in Charlotte’s booming South End. An undisclosed entity has purchased 2,500 square feet with Hawkins Street frontage for a patio dining area. The restaurant will be next door to the Sycamore Brewery on the adjacent property.

“We’re excited for a restaurant to be a part of the project,” says Greg Pappanastos, president of Argos. “Adding full-service dining next to the neighborhood brewery will bring a needed dynamic and synergy to this side of the tracks.” Pappanastos also believes the restaurant announcement will encourage other retailers, restaurants and bars to consider Hawkins and the area west of the tracks as a viable retail destination. Argos is involved in other nearby projects with that in mind.

The restaurant will be open for dinner during the week and has the option of breakfast, lunch and dinner on the weekends. The mix of uses will bring an 18-hour element to the project, which Pappanastos believes is key to rounding out the neighborhood.

“A disproportionately large number of people are choosing to come live in South End. They need options for shopping, dining and entertainment,” says Pappanastos. “With the Dilworth neighborhood to the east and growing congestion on South Blvd., the most appropriate expansion for retail and office is to the west.”

Argos, which specializes in urban infill and transit-oriented environments, has lobbied the City and CATS recently to consider a new light rail station midway between the East/West and New Bern stations. Pappanastos contends that the increased density encouraged by a station will not only pay for the cost to build it, through new tax revenues. It will encourage appropriate development along the rail and increase east/west connectivity addressing a safety issue for neighborhood residents, who wish to cross the tracks mid-block. Other nearby stakeholders support the idea.