Some residents of the old Savona Mill in Charlotte’s West End are getting the boot this morning. Two early 20th Century Charleston streetcars that have made the mill their home since 2013 are being moved to make way for Blue Blaze Brewing, the project’s first tenant. Blue Blaze will occupy 8,000 SF and will begin construction this month for a spring 2016 opening.

“Transit critics say, trolleys don’t pay for themselves, and they’re right. These two haven’t paid rent for years,” jokes Greg Pappanastos, president of Argos Real Estate Advisors, which is developing the project. “It’s time to introduce these two to the community. We want people to get familiar with them and start dreaming about what could be.”

The cars are important, because they provide physical proof of early 20th Century American ingenuity and the development of Charlotte and Charleston as New South cities. While the two cars never ran in Charlotte, they were built in Charleston and ran there until 1938, the same year Charlotte dismantled its original streetcar system. Pappanastos found the cars in 2011 and worked with their owner to have them shipped to Charlotte in 2013. They have been behind closed doors ever since.

The Charleston cars were brought to Charlotte as part of a strategy to connect West End neighborhoods with the vibrancy of uptown and call attention to the amenity of the Stewart Creek Greenway and green spaces of the west side. The Savona Mill, once served by the Piedmont & Northern Railway and Charlotte’s streetcar system as a destination between uptown and Lakewood Park, sits in Seversville just a mile from Cedar St. in Third Ward. The tracks that used to carry streetcars to the mill are fully intact.

Lakewood Trolley, a private non-profit formed by community stakeholders, which Pappanastos also chairs, secured Charlotte’s original and restored Car No. 85 from the Charlotte-Mecklenburg Historic Landmarks Commission this summer and is working with NCDOT to operate it from the Savona Mill to Cedar St., one block from the Carolina Panthers and Charlotte Knights stadiums. The project will cost roughly $1 million to build and is being modeled after the Platte Valley Trolley in Denver, CO, which runs on Denver Broncos game days. 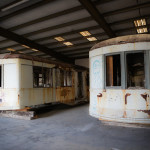 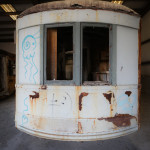 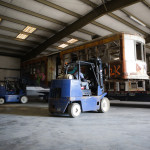 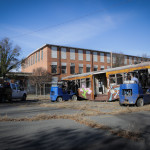 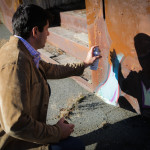 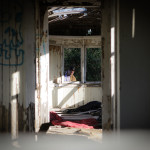 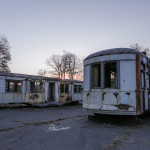